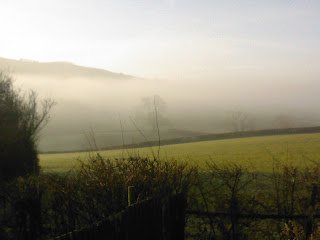 Tomorrow is going to be a better day.

Had a few months recently of saying I am ok every time I was asked how I was doing and kept saying it at all times.

I’m ok I would say with a bright smile, well I thought it was bright, turns out no one except myself was convinced that I was so ok.

Was trying to be positive but also trying to avoid discussion of how I was, trying at all costs to avoid these discussions.

Particularly difficult were telephone calls with my auntie Sigrid in Canada who each time she called asked me if I could walk again.

Being asked such questions time and time again is painful for us both; I understand auntie Sigrid asks as she so desperately wants me to get better.

She does not want to accept the truth and as I noticed awhile ago neither did I.

But can’t deny the truth which is that the likelihood of me getting better is very unlikely, in fact it is not going to happen.

Could not bear the pain and anguish in my friends faces and voices when we talked about how I was, really preferred to not go there.

Really wanted some respite from endlessly talking about how I was.

How I was, was shit so shit that I was just desperately trying to escape it and saying ok seemed the way to do it..

Saying ‘I’m ok’ was a good way of getting out of too many endless discussions about my condition.

Partly it was because I did not want to concentrate on the MS all the time, don’t want to just be identified by the MS.

Its bad enough having MS in such a progressed state but to have to be submerged in it every minute was and is sometimes too much.

Was trying to escape which of course is not possible it was me trying to pretend it was not happening.

If I did not see it then it was not happening the ostrich approach to life as I had learned from my parents.

Luckily a couple of things happened one of those was two friends who had doubts about my ‘I’m ok’ story and the other was my realisation that pretending the MS had not happened was causing me pain.

Realised that my behaviour was mimicking my parent’s behaviour which is not what I wanted to do, I am not and have never been an ostrich, have never wanted to hide the truth and did not want to fool myself or my darling Richie and friends.

Hate dishonesty and once I realised the deception I was trying to use I could stop and resume being me and being open with everyone.

What an instant relief and what a good move to come out and communicate how I feel with my darling Richie and all the friends.

Much better than trying to keep it all to myself, which did not work and which only ended up worrying everyone and at the end was starting to alienate me from my friends.

The MS is still ever present but by communicating how I feel I have received heaps of supportive and loving feedback.

Support is so important and despite my superhuman endeavours to go it ‘ alone’ can’t do it on my own none of us can we all need support and to give support.
Posted by Herrad at 2:56 PM

I do the same-I plaster on what I think is a great smile and say everythingis great. I'm trying not to do that anymore. Instaed if someone asks, I tell the truth. If they don't want to hear the truth, they won't ask me again! :)

well said herrad. for 6 months after i was diagnosed i was ok thanks,fine,great.i ignored it,thought by ignoring the MS,it would go away.for 15 years i have had back problems,i thought MS was also something i could adapt with,ignore,live with.then i realised my friends stopped asking how i was.because i was lying to them.i hate this sodding disease.you take care hun.keep in there,love mort xx

hi herrad! nice to meet you! i'm libby, & i have too much attitude! i was dx'd with ms in 1994, & lived (around it) in denial til 2 yeara ago, when my husband left after 17 yrs for his girlfriend (who is about our daughters age)...now i've been facing this crap...with cymbalta & a good psychologist!

Being truthful with ourselves is sometimes one of the hardest things to do. And then, to be able to communicate that truth is empowering.

Your spirit, candor, and wisdom continue to inspire me.