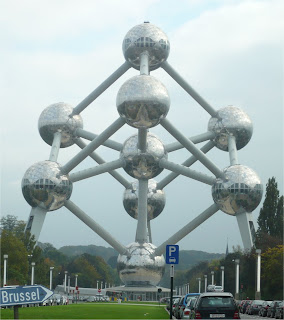 A pretty good start to the day today,I woke up and had several minutes before the painful arm cramps happened.

Richie got me some thc quickly which took the edge off the pain and then he massaged my legs and once that was done and I had taken the morning baclofen the day could begin.

Not such a pleasant day today, it is very cloudy and looks like it will rain, as I was typing it started to rain.

Tried to read the news but found that the only news there was is about Jade Goody's death yesterday.

Some seemed to suggest that her dying on Mother's Day was significant which it was not, to me it meant that her cancer had become terminal and terminated her life.

One person actually wrote in to suggest the Mother's Day be renamed Jade Goody Rememberance Day.

All this media all because she was in the Big Brother House in 2002 and was able to milk it and earned millions being identified as thick but kind of cute by the media.

Even Gordon Brown and David Cameron sent their condolences am now waiting for her to be given a medal posthomously by the queen.

Perhaps the 22 March could become a public holiday known as Jade Day, sounds a brilliant plan to me.
Posted by Herrad at 5:21 PM

My. What big balls you have.

As I didn't go to work today I didn't read the paper today which means that my latest news reference point is Thursday last week. Have managed to miss the furore of Jade Goody's passing.

Totally agree with all you say.

Hope your weather has improved, ours has here.

Very interesting sculpture. Don't know who Jade Goody is, so can't really speak to it.

Do you ever sometimes enjoy rainy days? If I don't have to be out in the rain, I kinda like listening to the rain. But today, it is a glorious day with the sun shining bright and a clear, blue sky. Very nice.

Just think. All the rain will just help those spring flowers to be even more beautiful when you get out and around during your first outing. Very soon I hope.

lol @ steve!
herrad--being in the us, i don't know who jade goody is, but, i'm sorry, mother's day is for ALL mothers, don't give it to one person! sheesh!
it's a nice sunny monday here, and i'm just happy to be alive today, and happy to be able to do anything here!! no, i can't do all i used to, but i do what i can...i don't know...i just woke up happy & that doesn't happen as often as it should!!

I'm glad to see I'm not the only one who doesn't know who that is!

oh thank god.at last someone is speaking sense,lol.i was sorry jade died,im sorry any 27 year old woman with 2 kids dies of cancer,but all the outpouring of grief and the flowers left etc.omg.take care herrad,love mort xx

Herrad,
I read the same thing about renaming Mothers day and just couldn't help but think, I lost my Mum on mothers day last year so should the 2nd March be renamed Judith Thomas day - I don't think so.
Mother's day is just that, to love, cherish and remember EVERY mother out there.

Hope the rain has cleared but it will have given the flowers a lovely drink!

Thinking of you,
hugs
Amelia XxXxX