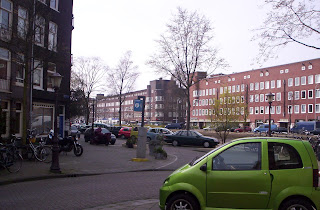 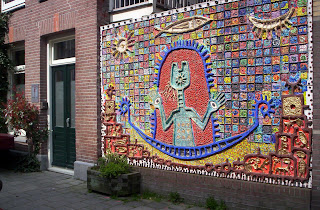 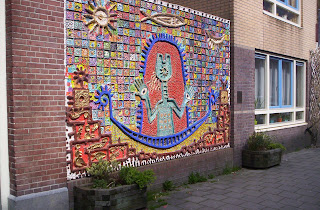 Had a good nights sleep which was really good until I was woken abruptly with a hell of a spasm and arm cramp at the same time.

Sometimes it all kicks off at the same time and there is nothing you can do except breath in and out and hope it stops pretty quick.

The fact that this disease makes one subject to things happening over which you have no control makes it hard.

It's a real shock that in the midst of all this science and knowledge there is still a knowledge defecit when it comes to degenerative diseases and why they occur.

Was listening to a leading American stem cell expert talking on the radio earlier and he told us that ex president Bush's belief in superstition over science meant research into stem cells was delayed for years.

He hoped that within ten years they would have some answers sadly too late for alot of us.

Real shame I was in the mood for a cure.

So instead moving on in the real world Richie worked his usual magic and massaged the pain down to liveable levels.

That and arm exercises and 3 baclofen tablets and plenty thc and tlc and my chocolate drink did the rest, now I can take on the day.
Posted by Herrad at 11:02 AM

Hoping the new President will stick to his promises in stem cell research. He seems to be cut from a different cloth than Bush.

Glad your remedies have worked so you can face your day,
Anne

Thanks for your comment, hope you are doing ok today.

I agree that ex President Bush wasted time with regard to the stem cell research, it needs to be for so many reasons, MS, Parkinson's, etc.

Anyway, I hope you had a good rest of the day today,

oh, herrad, i totally love that green car! if i still drove, i'd want that!! i'm glad baclofen,thc, and richie are there for you!!

Hey Honey so glad you seem to be sleeping well and keeping in good spirits. What a lovley piece of wall art never noticed it in previous visits. BIG STRENGTH LOVE @ HUGS 2 YA BOTH G@PXXX

Hope they can progress quickl once they get the ok and the funding.

The green car is cute.

The wall art is just across the road on the storytellers house.

I see them say 10 years, 10 years, just wait 10 years. I look at where I was 10years ago and I cringe when I remember that they said that then too. My kids are spending the day together at the opening day baseball game, that's enough for me today. Hope yours was good too Herrad.

Thanks for your comment maybe this time it will happen in 10 years.

It would be good.

I had a good day, hope the baseball game was good.

Look at that little green car! I saw one here the other day, a Smart Car? I think that is what it is called. It looked so Tiny and vulnerable with our US big gas guzzlers, not me of course, I have a Swedish car:)
We got snow sunday. wow, I am glad it is supposed to be nice on Easter. Have a nice Easter week Herrad. I hope you have lots of blessings come your way. Richie too.
Love, Julia