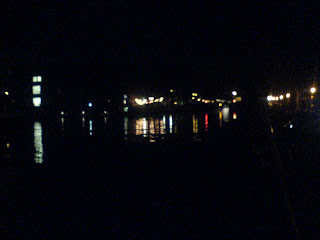 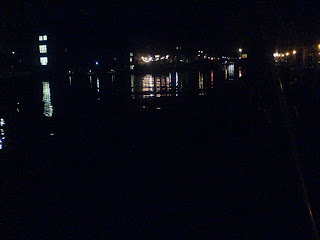 Glad every day is different, today woke up quite gently after a good nights sleep.

The first feelings of pain were nothing like yesterday, getting emotional and stressed does really make any symptoms more extreme.

What amuses me is how even when its really painful I will say that it was not so bad or it could have been worse.

As if that made it any better.

Better would be if it were to stop but of course that is a dream that won't come true no matter how many stars I wish on.

Usually find when I get very frustrated that a spot of cursing helps clear the air and I can carry on.

But this is not the same situation is it, no it is not.

Nothing has prepared me for MS, for this weird situation mind you when I think about the strange life with my parents maybe that has helped prepare me for this.

Life with them was odd and unpredictable, I never knew their plans so every day I could be surprised by some decision of theirs.

They were no good at making decisions and planning their own lives let alone my life.

They thought that they were all I needed, they were my friends no one else was good enough.

My mum actually told me so often that I was a difficult, useless person, that I was easily influenced, that I was unstable and hysterical.

She even phoned my friends and my work as well as my doctor to tell them I was mad and they should have nothing to do with me.

My work told her she was the mad one as did my friends and my doctor suggested a visit to a shrink might do her good.

After that failed and I did not lose my job, she sent me anonymous letters for a year and then one day they stopped and the next she was back to being sweet little mummy again.

Recently I realised these comments of my mum's were more about her than me, at the time I believed her.

She was also a great divide and rule sort of person always encouraging me not to talk to my father and not to tell him anything.

When I realised she was doing this I refused to cooperate and would not play along with her.

Thinking about life with my parents makes me realise that having survived that has made me able to cope with alot and in some small way also with the MS.

Shame they could never live in the moment and instead spent their time full of regrets and wishing for the impossible.

That is something I will not do.

Seize the moment and live in the here and now.

Have a good day everytone.
Posted by Herrad at 3:13 PM

Thanks for coming by.
You take care too.

Actually Herrad, there is a school of thought that we do choose our parents/families/mates for the purpose of learning from them, whatever is there to learn. Same is true of illnesses like MS. It sounds like you did, after all, learn quite a bit from your parents, just as you are learning oh so much from MS. Adversity is such a profound teacher. With love, Webster

OldLady Of The Hills said...

Your mother sounds like she was a monster of sorts....And I guess your father was not much better...To have lived through that kind of abuse must have made you very strong, my dear...And I think you are so right that it has helped you to be strong in the fce of your MS....!
You know, in some ways I think this kind of emotional abuse is far worse than physical abuse, sometimes....It could break ones spirit. But it didn't break yours, Thank God, Herrad...I think it would have destroyed me.

Every day we learn and grow.

You are right living with my parents did make me stronger.